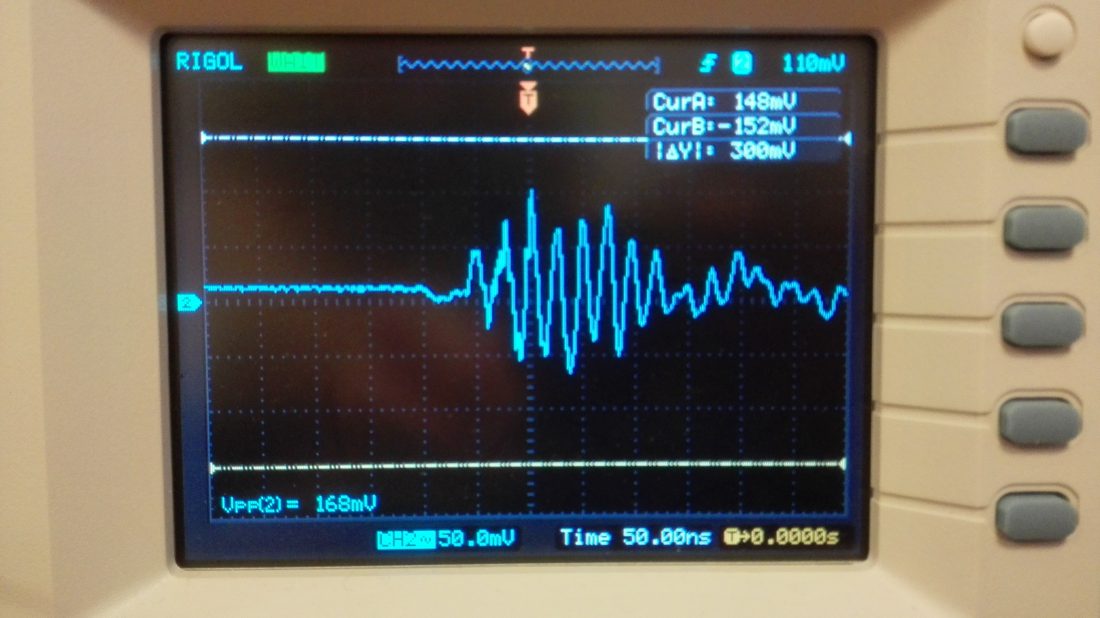 When a milling machine is running for a couple of days, it might have processed around 1.000.000 Gcode constructs. These commands are communicated from the Linux CNC software to the Linux CNC controller. If either Linux CNC locks up, or the controller locks up or a stopswitch signals that boundaries are crossed while this is not the case, then your workpiece is ruined. If we allow only one in thousand workpieces to be ruined then the chance that the software fails due to any event should be at least 1 in 1.000.000.000. We say at least because the hardware can also fail. Like power supply, bearings, step motor overheats/ burns etc.

This is your required reliability. This is a very high number and you will have to be very careful to reach this number. The videos in this post show that EMI can completely destroy your reliability. In the past, we were working on a discontinued nonsense product called “Jointmaster PRO”. We had “Jointmaster PRO” running for a couple of days without problems(without running a step-motor in a test set-up). Doing the first test with a step motor, the control PCB reset without even running the step-motor (see part 1). If the EMI/ EMC problem is more subtle (for instance once every day) you will probably need more time to find the cause. Better do it right first time instead of building a dog-house enclosure…………

The video’s in this post show the discontinued product. The conclusions still hold and might help you. If grandpa has a pace-maker and you need some inheritance to get drunk, bring him near the chinese stepmotor driver that is in the video. Apps were starting automatically when holding the mobile phone near the step motor driver ! Inside the step motor driver is a resistor set-up like a powerful antenna dipole. Might be useful for radio broadcasting……

We discontinued the project because it did not conform to the KISS principle like Jointmaster does. Be simple and act simple !

You have to comply to the following sub- requirements:

When testing the product for fingerjointing( thus only one step-motor is needed) we ran into a difficult EMI problem. The EMI problem was caused by an unshielded USB-cable which picked up the step motor driver radiated noise (25 MHz).

And thus we can now answer the question if the doghouse enclosure is sufficient (See the video at the bottom of the page) ? No, the cracks to the outside world are too big and the step motor driver is not in a totally seperated compartment. Better to make the enclosure from video part 4 on this page.

Note, as stated in part 4 we also measured the EMI problem in Jointmaster audio. 4 Volts peak to peak at 25 MHz !!!. It was very strange that so far we were able to cut finger joints without problems. Up to this moment we never held the Jointmaster stereo jack cable close to the step motor driver. If we do that without ferrite beads, the following happens:
– The Jointmaster app does sometimes not react or suddenly closes.
– Other apps suddenly start/ stop without touching the screen. Thus your phone (or your pacemaker) will show erratic behaviour !

Thus it is advisable that also the Jointmaster audio solution also has a descent enclosure as specified above. Note that we did a lot of tests not shown in the video:
We added an extra set of opto-couplers between the step motor driver and the control PCB. Made no difference. We also did a test shown below where we removed the ferrite beads from the step motor driver minus and VCC. Immediately the 25 MHz peak to peak voltage went up to 1.32 Volts instead of 0.940 Volts. This proves that without ferrite beads on all inputs and outputs, the 25 MHz signal is spreading all over the place. 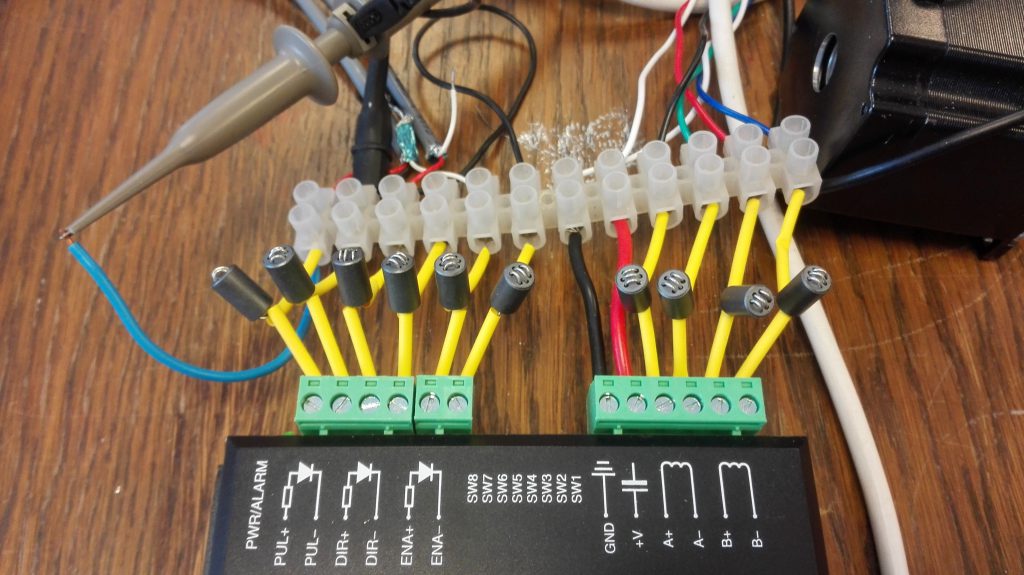 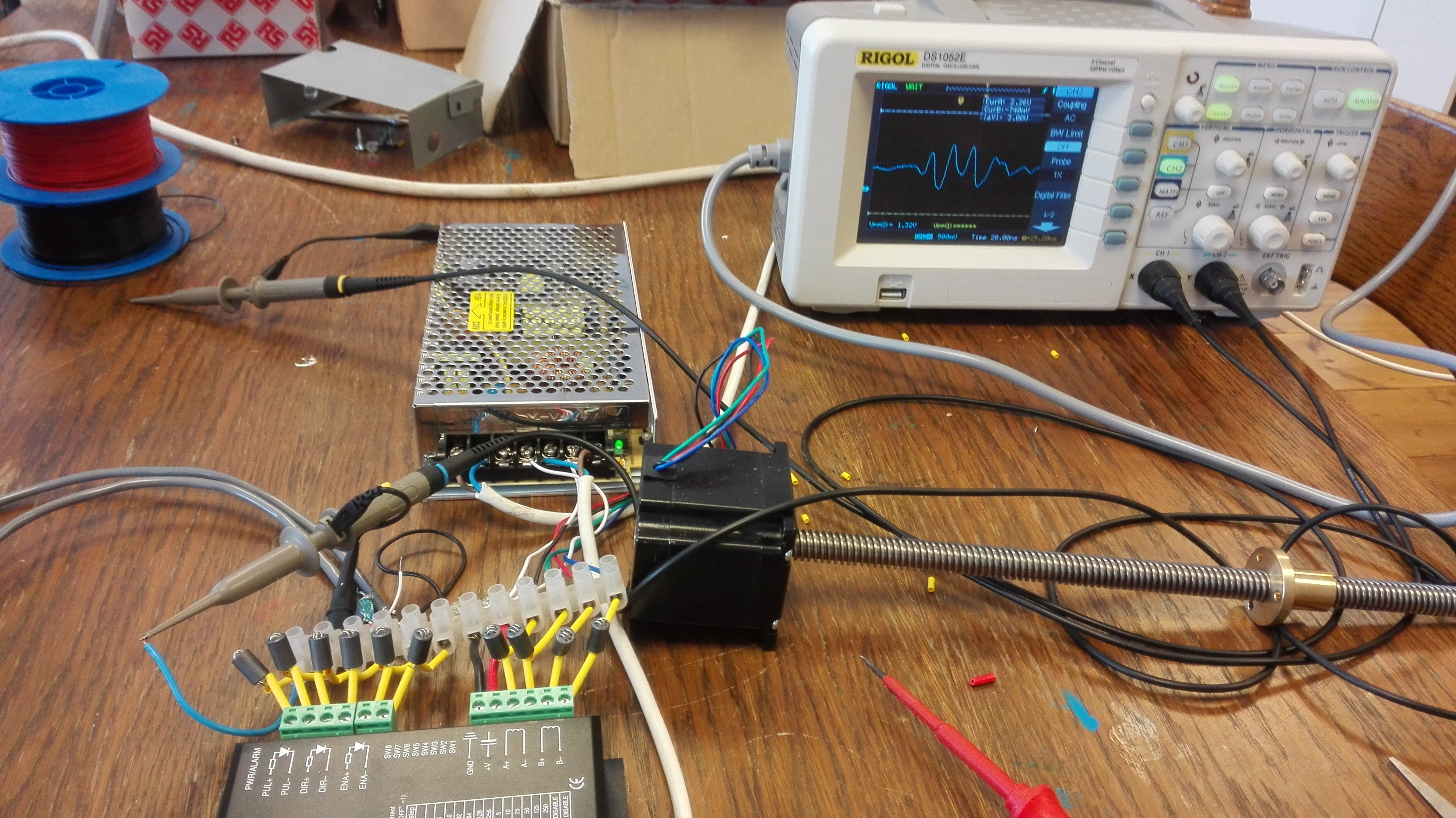 And of course a bonus. From crap to cradle. How to create your own dog-house enclosure (which provides insufficient reliability for g-code processing). The enclosure is the most expensive component. Because you need ventilation, you will always end up drilling a lot of holes if you buy a closed box enclosure. For this reason it is much cheaper and drill effective to simply use some old computer or video enclosure as shown below (And as said we are working on a version that has hardly any openings/ cracks):

We use cookies on our website to give you the most relevant experience by remembering your preferences and repeat visits. By clicking “Accept”, you consent to the use of ALL the cookies.
Do not sell my personal information.
Cookie SettingsAccept
Manage consent