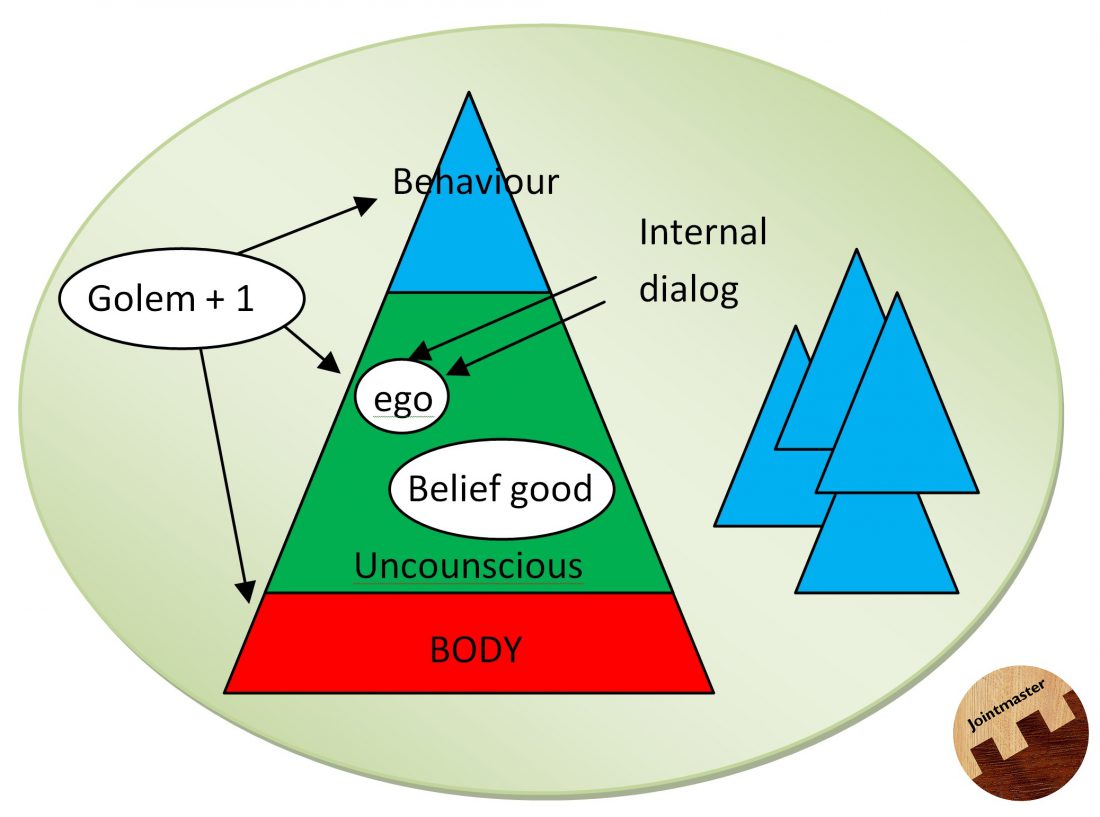 Looking for (non-wood) Joints, Mushrooms etc. ? We made a small video + mental blog to help you:

- Understand why you need mushrooms, DMT and J O I N T S
- Increase counsciousness and boost your ego
- Resolve your ego and become without boundaries
- Share power, prevent conflicts, war
- Create your own empowering beliefs
- Overcome your fears
- Understand our friends in this post
- Explain human behaviour
- Boost your "theory of knowledge" and find the "objective TRUE belief", the so-called Epistemology

We start this mental trip with the final thoughts in mind: You (the idea you call "I") is a thought pattern like any other thought in your mind.
Take a look at the pictures here for a graphical representation

Your thought patterns are always reactive because they are based upon the past. If the idea of yourself experienced the past as awful, or you are fearful that the idea of yourself is no good, or your mind is sensitive/ too flexible, your thoughts/ideas can be nasty/ judgemental towards the idea of yourself. In the current moment most animals/ human beings/ golems cannot have any original thoughts because of this reactivity. Thus stop thinking 😉

If you are aware, you can observe all your thoughts  from a third person standpoint. Thus, you have proved for yourself that you are more than the idea you called "I".  There is no difference between any of your thoughts because they are all only thoughts. For example, the thought of the way to your house is the same as the thought you called "I".

For this reason you are the world, the super Golem. The final thoughts are difficult to understand. Thus we take it slowly.

To help yourself, you first have to watch the video above. After that, introduce yourself to our lifelong friends below because this trip is longer than 5 minutes:

- First question: There is nog need to improve yourself because there are only facts that you might call problems ?

- The world as will and Idea, Schopenhauer
- The psychology of CG Jung, easy to read book from C.G. Jung apprentice, Dr Jolan Jacobi
- Carl Gustav Jung, Man and his Symbols
- Anthony Robbins
- PathWork, Eva Pierrakos
- Alan Watts : "The only kind of control you do understand is the one over which you do not have control."
- How Do We Break The Habit Of Excessive Thinking, Edgar Tolle
- Sadhguru: "I'm stoned in such a way that I haven't lost my judgement at all. And at the same time, whichever way you judge me, has absolutely no impact on me because I'm completely stoned."
- Sadhguru: "You are the universe"
- Prevent conflicts, Edgar Tolle
- Listen to this Alan Watts must listen

Do you understand the toad:
Iron Mike a few years later

Boost your ego/ follow the leader if that is your true nature, follow these rules for maximum power
Finally, have faith, let go of all fear,
What is the substance of fear, Krishnamurti

Krishanmurti might not be the way, (called Gnana Marga) for the idea of yourself, look at this Sadhguru critique
You know what is your way if you try, read the books for instance here:
Authentic Report of Sixteen talks, oak grove, ojai
Krishnamurti foundation

Please note that the model of yourself also determines the model you have of others/ the world. Read The anatomy of peace from the arbinger institute
For this reason, stop judging yourself or others, read Change your questions change your life

Check out if you are still judging (or learn from Krishnamurti to ask questions about every word).
Why you desire ?

Now that we got you going, you are ready to meet our master friend from 1845 who explained it all. Power was transferred from people and religion to the state to advantage the "bourgeoisie". The will of the "bourgeoisie/ globalists/ spook" is not necessarily your "spooky" will, or is it because we/you are all it ? Max Stirner will take you some time but is worth all effort. Read Ego and his own from Max Stirner, meet his spooks, they do exist ?
Now the spooks from Max have become part of you, the Super Golem, which you know you are !

You have to play by the rules from the state/ the company in order to be nourished/ be succesful. The rules inside your head determine how you feel about it. Thus, including your head rules, there are many rules.
If the spook (read Max Stirner) does not feel good, could it be that his internal rule set, the so called belief system, is too big/ contains (uncounscious ?) ballast from the past ? Does the spook need mushrooms/ marihuana to feel good when it obstructs his own rule set or the rule set of the company/ state ?

When animals were still talking (the past ?), there were only a few (10 ?) rules, at least in some religions, so it was simple to be a good and happy spook without mushrooms. Huge companies, owned by people/ spooks, Central bank Roi Soleil QE with spooks buzzing around the honey pot, is spooky stuff that did hardly exist in the idea of the world created 200 years ago. Do we/ spooks need new ideas or does the unmanifested/ we/ the spook solve this automatically ?


In the East they have kind of the same processes. Watch this documentary that shows the differences between TAO and confucianism

The ego is a thought pattern based on fear. When you have a burnout, the narsistic shell around the ego cracks and the spook/ golem stares into frightening nothingness. This might happen when your whole identity was based upon complying to the competitive company/ society ruleset. And now you failed and listen to inner dialogues that state that you failed or worse (you need a mushroom/ anxiety medication !). If you have bad luck, your shell is already cracked while you grow-up. Read Franz Kafka, Die Verwandlung Gregor Samsa's father throws tomatoes that start to rot in the shell. The rotting tomatoes are metaphores for inner dialogue from the past. Change this old behaviour/ inner dialogue using awareness from Krishnamurti, one of the most famous Indian Guru's

Krishnamurti once more, explaining your are a causal chain of reactions

You are newer guilty of emotional explosions. C.G.Jung calls these facts "complexes completely overpowering your counsciousness". Now way you can hold back. At the core of the emotional explosion there is always some causal archetype working
e.g. your father, images from the past

WARNING 001: A limiting belief can be the belief in causality like some (or most that know the word ?) golems do. If everything is causal, you have no free will and thus cannot be guilty. Thus, for example, criminals cannot help that they acted like they did, they are simply victims from their past experience. Also you can calculate the complete universe when the universe is completely causal. Because we all are victims from the past, there is no more need for judging each other, the other Golem cannot help that he behaves like he does. Nowadays, luckily, we have quantummechanics where you have instantaneous change over infinite distance. Maybe you are the illusion and thus you/ we can instantenously change if the uncounscious parts of yourself change your belief system. And thus/ now you can watch out for badly wired Seagulls with causal wiring !

WARNING 002: Stop identifying yourself with powerfull Golems/ Seagulls/ Belief Systems or other spooks. This leads to conflicts and war.

WARNING 003: Mushrooms are powerful stuff, can lead to panic attacks and psychosis. Do not take them when you are alone. The uncounscious aim is probably ego dissolution.

TIP 001: Many of you golems belief in the religion of "efficiency" and thus show ant-like frantic behaviour. Might be an idea to take a mushroom, relax and reconsider. For example, the only functionality of human species is to bring sufficient CO2 back into the air so that trees and plants can breeth ? Eventually, they turn into mushrooms and that is your bonus.

TIP 002: Buy T-shirts after you take your mushroom/ prescripted beer. By wearing the T-shirt, you show and appreciate that most Golems react like badly wired Seagulls. We never have enough. (SGL) Seagull Golem Love makes the world go round.

TIP 003: Stop thinking, thinking is a thing from the past. Desire is the quintessence of will. You desire your mushrooms, it is a natural causality: Experience-> Knowledge ->Memory ->Thought -> Desire -> Action -> Experience-> Mushrooms

TIP 004: Our current world is shaped by a neo-liberal belief system. Uncounsciously you conform to the models in this belief system. Read the book "human action" from Ludwig von Mises. The belief system from neo-liberal golem von Mises is based on a western social science called "positivism". In positivism, everything is causal and thus, given the right model of a human being, you can calculate anything that will happen. That is why the golems were so "positive" between 1800-1900. After the second world war, there is also the critique, called "post-positivism" where the knowledge is the same as the person who knows (the analyser and the analysed are the same thing, they are all ideas in your mind). Now invent your own world that fits post-positivism. Did some of Krishnamurti's ideas land in post-positivism ?

FINAL TIP: Prevent W A R, there is non von mises action without thought
, take your mushroom or follow your friend OSHO to stop thinking. For example, Mr. Putin is thinking about a bigger Russia, which leads to war. If he would ever read this, then he would realise that it is only a thought from a wild mechanism.

In the past, we had the Augur forecasting the future. Looking at birds, the future looks a bit grim for mankind and birds.
For this reason we connected the Seagull and Golem in an Augur sense. Buy the T-Shirt, take your mushroom and become the new Augur. Honour the Seagull, he might not be around us in the near future. It will be silent on the beach. 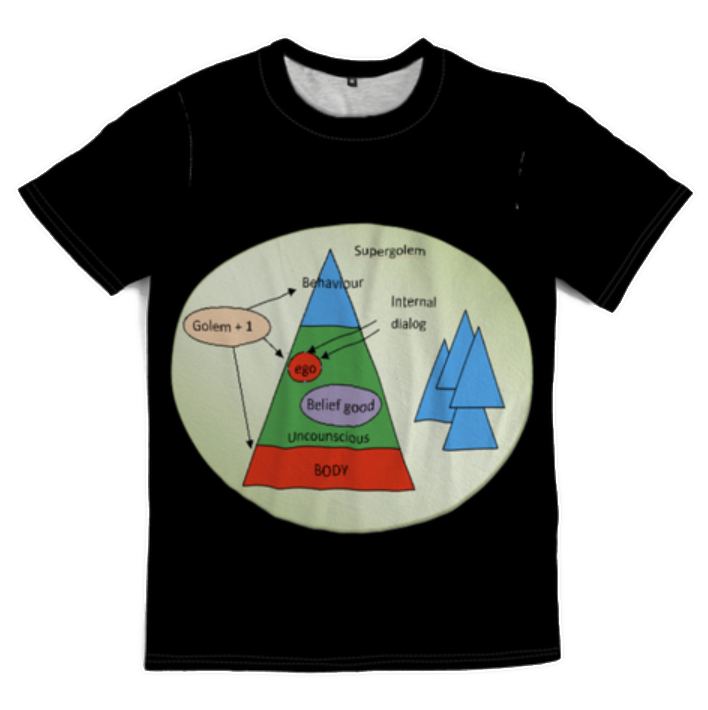 Click here to handle your fear
We use cookies on our website to give you the most relevant experience by remembering your preferences and repeat visits. By clicking “Accept”, you consent to the use of ALL the cookies.
Do not sell my personal information.
Cookie SettingsAccept
Manage consent